Growing up as a child in Blairgowrie, Scotland, David Stalker was introduced to excavators at a young age. With an uncle who worked as a machine operator and a father who started his own excavator hire company, it was only a matter of time before Stalker experienced what it took, firsthand, to excel in the construction industry.

Stalker’s excitement for the industry followed him more than 4,000 miles from Scotland to Vancouver Island where he immigrated with his parents and siblings in 1988. And after a few years of working for a few different contractors, he and his wife decided it was time to start their own business, renting their first machine and officially starting David Stalker Excavating Ltd. in Ladysmith, British Columbia.

Initially, Stalker, who recently celebrated the 25-year-anniversary of David Stalker Excavating, didn’t think much about the longevity of his business.

“I never knew how many years we’d be in business,” he said. “I didn’t look at that at the time. I just looked at buying a machine and trying to get myself a job. That was 1993, and thankfully, we’re still at it 27 years later.” 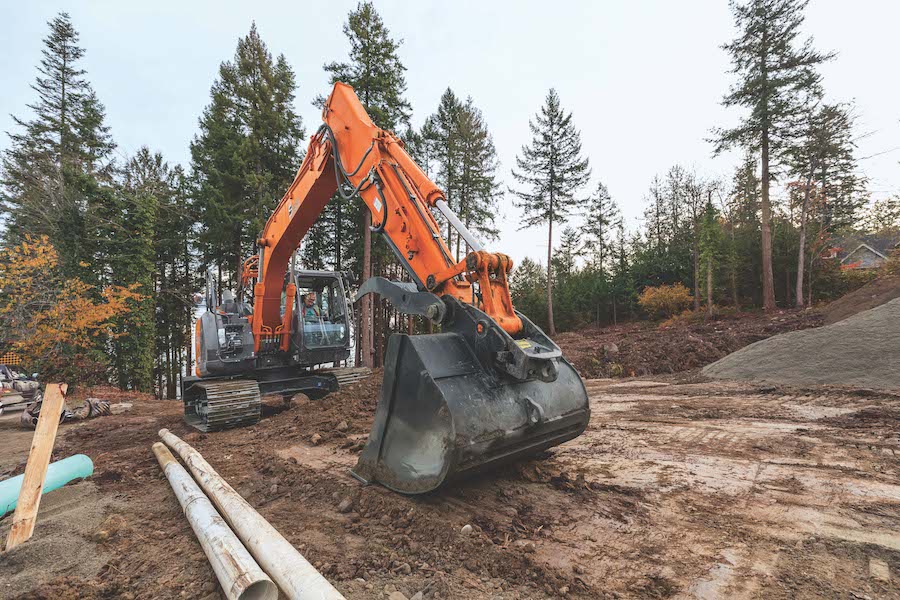 Stalker purchased his first Hitachi, a ZX200LC-3, in 2009. The machine had more than 9,000 hours on it when he sold it in 2017. It’s been more than 10 years since this first purchase, but Stalker continues turning to Hitachi to get the job done right.

“Hitachi is a great machine,” Stalker said. “Their reliability, fuel economy and resale value – we love them. I think with the Hitachi name, you get proven quality.”

The newest addition to Stalker’s fleet is a ZX345USLC-6 – the first of its kind to arrive on Vancouver Island. The machine is currently working on a road construction project to provide public access to a marina and mill site in Ladysmith.

“Ever since I knew the 345 was coming out, I wanted one,” Stalker said. “I realized that the 345 would actually work in the same place that a conventional 250-size machine would work. After discussing it with Wajax, we decided to take the plunge.” 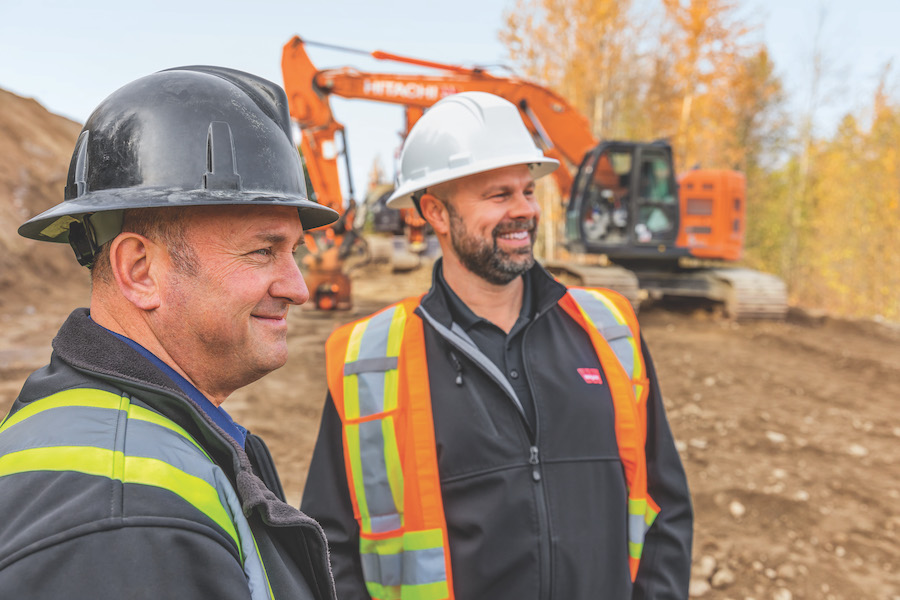 As a company that specializes in residential and municipal excavation work, David Stalker Excavating often works on road projects where traffic flow must be maintained. With its reduced-tail-swing design, the 345 brings efficiency to those projects by allowing for a single lane of traffic.

“With a conventional excavator, it’s quite hard to maintain single lane traffic,” Stalker said. “With the reduced-tail-swing of the 345, you’ve got no worries. It works very well for that application. Our operators love them.”

In addition to the ZX345USLC-6, Stalker’s fleet consists of five more reduced-tail-swing models and a ZX50U-5 compact excavator – all of which he purchased through Wajax, Canada’s exclusive Hitachi construction dealer. And while his fondness for Hitachi continues to grow, so does his relationship with Wajax.

“We started with Wajax in 2009 and we’ve had a very good relationship with them ever since,” Stalker said. “I don’t think we’ve ever had to question a bill or had any type of heated discussion with them. Wajax has always been straight upfront with us. We’ve never had an issue.” 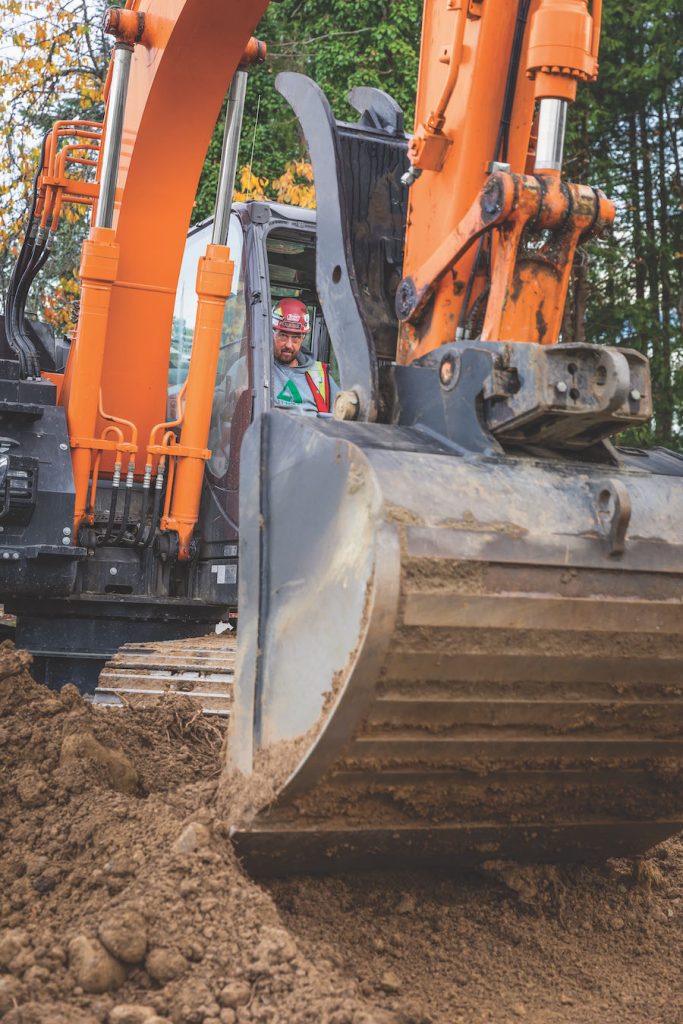 It’s this partnership that allows Stalker to travel back to Scotland at least once a year, as he knows that if something happens with a machine, Wajax has him – and his company – covered. Most recently, Stalker traveled home to celebrate the 97th birthday of his grandmother, fondly known as Granny.

“My granny…she’s a tough one,” he said. “She’s big, strong and just doesn’t know when to quit. She’s got her own place, fixes her own meals, does her own laundry. She just keeps going. I admire her a lot.”

And although Stalker moved away from Granny more than 30 years ago, he’s still got her to thank when it comes to his daily mentality at work.

While Stalker’s perspective may have been unsure about the longevity of David Stalker Excavating at the start, it’s clear that he has paved the way for even more success. As someone who would rather be on a jobsite than in the office, Stalker knows there’s nothing else he’d rather do. And with 27 years under his belt at the company, he’s excited for what’s to come.

“I’ve always enjoyed this type of work,” Stalker said. “I can’t imagine myself doing anything else. I can’t wait to get up in the morning and go to work. It’s in my blood and it’s what I want to keep doing.”

Check out the video at HitachiConstruction.com/davidstalker