Mammoet has executed its first operation using low-carbon HVO fuel. The operation, to transport two topsides, is another step towards more sustainable operations for the world’s leading heavy lifting and transportation company.

In the past, Mammoet’s worldwide fleet has run on conventional diesel. With new diesel products entering the market, Mammoet has been at the forefront of adoption of these new fuels, embracing the benefits they bring for the environment. This began in 2015 with its fleet in the Netherlands moving to GTL fuel, which emits fewer particulates. 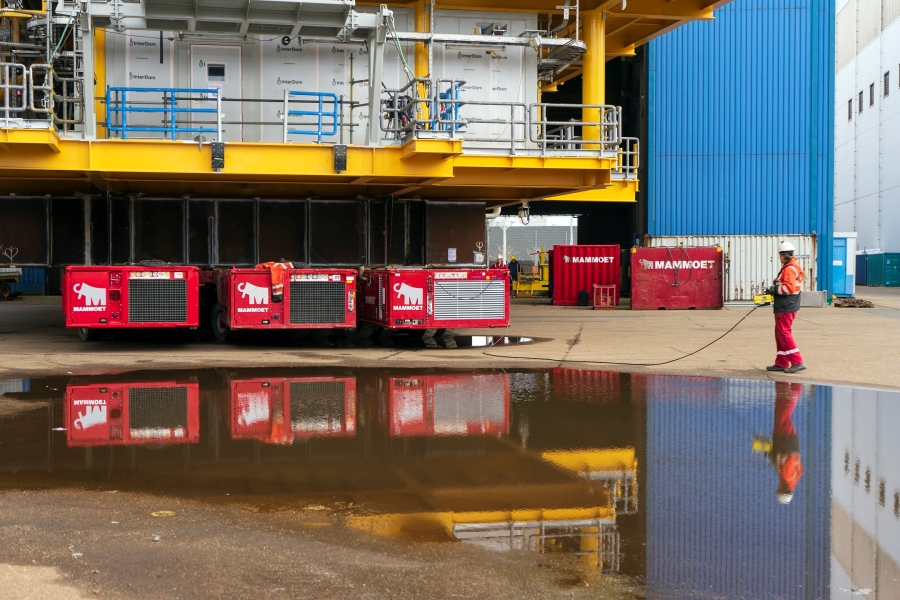 This latest development involves the use of low-carbon HVO in Mammoet’s SPMT powerpacks. HVO is an alternative to traditional diesel, made primarily from waste and residues, such as waste cooking oil. Because this diesel is both derived from renewables and reduces waste it is considered 90% carbon free. It also gives off fewer direct exhaust emissions, including a reduction in nitrogen oxides.

Since 1984, when Mammoet and Scheuerle jointly launched the first SPMT, Mammoet has led the industry in new technologies and ways of working. When launched, the SPMT had a significant impact on the way construction and maintenance projects in heavy industries are executed. 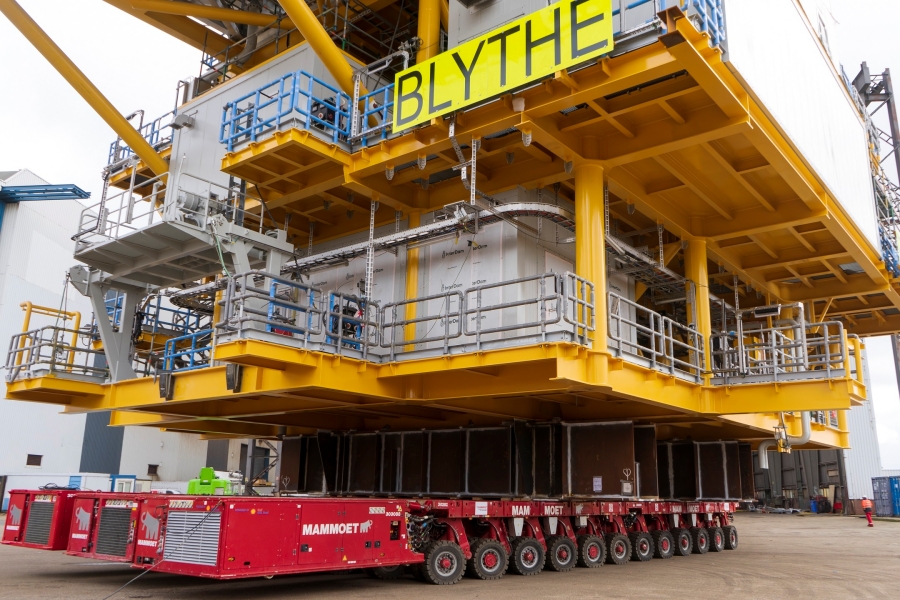 More recently, the partnership with Scheuerle has led to a number of developments in more sustainable trailer technology such as the Trailer Power Assist and an electric SPMT power pack, currently in its testing phase.

During this HVO-fueled operation, Mammoet crews carried out a transport for its customer HSM Offshore. Two topsides – named Southwark and Blythe – were to be transported as part of the installation of normally unmanned (NUI) platforms located in UK waters in the southern North Sea. 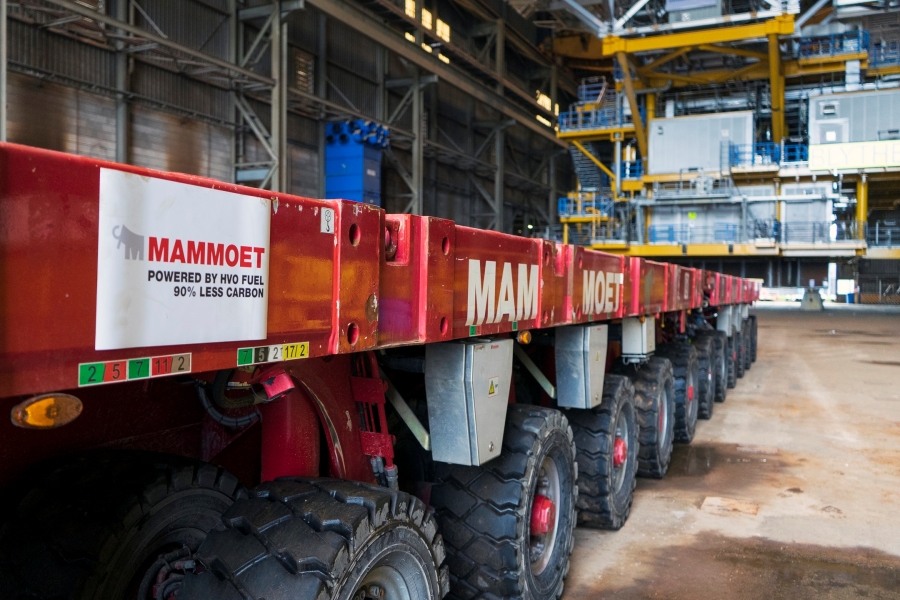 The topsides, weighing 900t and 1,150t, were moved using 22 axle lines from Mammoet’s standard SPMT fleet. However, this HVO-fueled SPMT transport was a little different, benefitting from a significantly lower carbon footprint.

Mammoet is working to improve sustainability across its business, by lowering its own carbon footprint and also supporting and enabling heavy renewable energy projects. The use of HVO fuel to power the SPMT transport for HSM Offshore is a further demonstration of Mammoet’s commitment to leading the field in more sustainable operations. 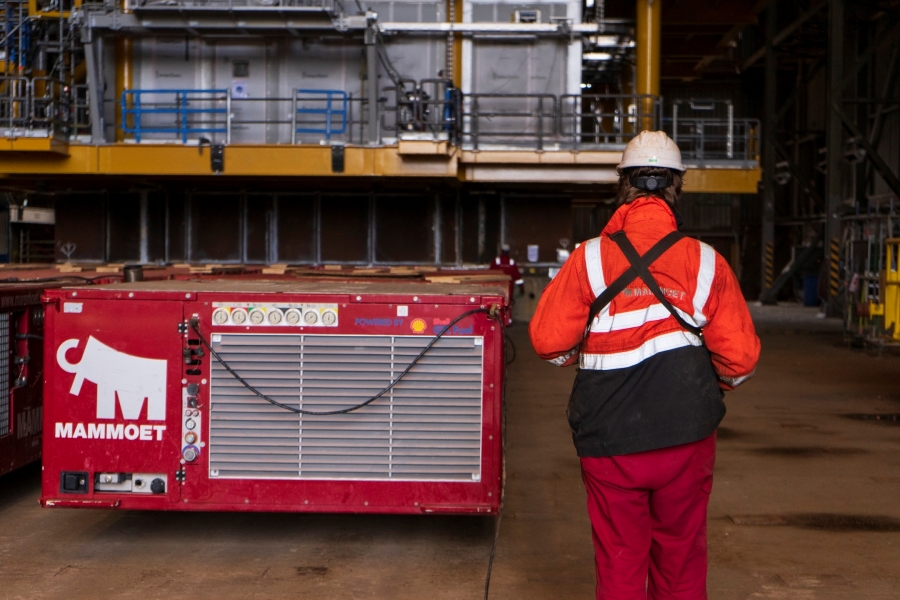