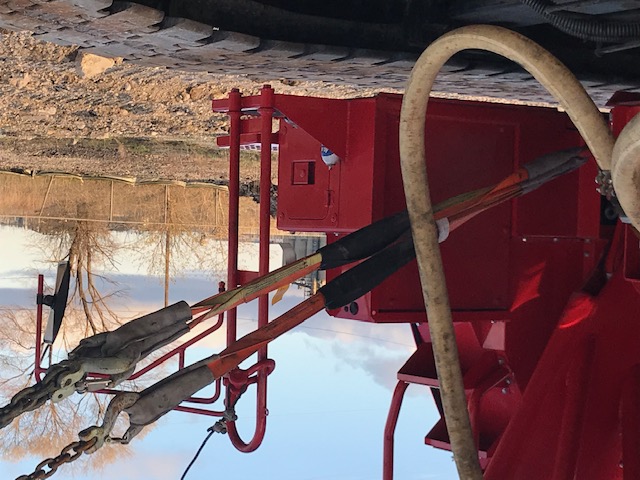 There are a many safety issues to consider when moving or operating mobile crawler or rough terrain cranes. There are several things workers can do on the ground to protect themselves. Wearing the right personal protective equipment (PPE), clearing the area of non-essential personnel, and inspecting the equipment before and after the lift among them. Another important component of worker safety is selecting the right tie back system.

The Purpose of a Tie Back System

Equipment operators of cranes used for building, bridge, marine, or foundation work will often employ tie back systems. In this environment, tie backs are used to secure block, ball, or rigging when not in use. This could be during transport of the equipment or when multiple lines are available but only one is in use.

What Can Possibly Go Wrong

When the line or lines that are no longer in use are tied back to the superstructure, you’ll need to secure the rigging as it may tangle or swing uncontrollably (or both). Your goal is to avoid banging the block or rigging into the boom in normal swinging or traveling. Here are two possible scenarios:

The operator may accidentally engage the lever for the tied back line. When the tied back line gets tight enough to break, a two-inch double-ply nylon strap will sever at approximately 34,000 pounds. The lacing that the line is tight against could bend. Or launch your rigging uncontrollably up to twice the length of the boom.

When booming down, the tip of the boom moves away from the house. If you had a line tied back, this may cause the line to ever so slowly tighten up. All good unless the operator forgets to slacken the line which can cause it to break. 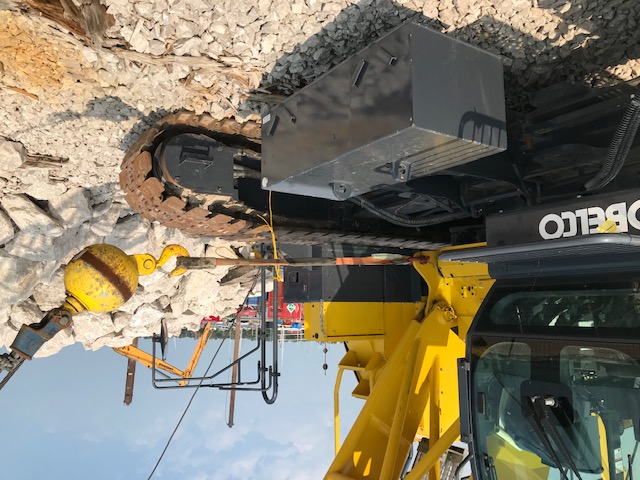 The Right Tie Back System

It’s not just the material used in a tie back system that’s important. It’s also how it’s manufactured. You don’t often think of stitching as being an important safety feature. But how a tie back is stitched during the manufacturing process is critical to its functionality.

That’ll Get Your Attention

Second Chance Line Restraint sells tie back systems made of the right stuff. Here’s how their products work: As the tied back line gets tight, the line becomes tight against the boom. When the line tension increases, the lapped over strap within the cover has engineered stitching that breaks loose. This tears the cover and causes the line to slap against the boom, which should get the attention of the operator and people on the ground.

If the operator continues booming down or cabling up the tied back line, the second warning deploys and the lapped over length of the larger strap is released. This causes the lines to jump around and the boom and rigging noise to become quite noticeable. The most important thing is the line is contained. And, hopefully at this point the problem is noticed.

The Cost of the Wrong Tie Back System

John Unger of Second Chance Line Restraint says, “Most customers I talk to have a few stories of their own in which a tied back line created a near miss or an incident.” He also notes that most customers are aware that the cost of a poor tie back system is too high. There’s the cost of replacing lacings and boom sections – but the higher risk is injury or death. To give his customers an idea of the potential cost of a minor tie back system failure, Mr. Unger has put together this estimate.

Second Chance Line Restraint offers tie back systems based on the size of the job.

The 42CLR is a 4000-pound rated strap. This strap is intended for tying back a single part with a maximum one-inch wire rope. It’s appropriate for light rigging or a smaller overhaul ball.

The 102CLR is a 10,000-pound rated strap. It is a stronger version for larger wire rope and multiple part lines. It can also be used for block securement while traveling on the job.

Several lengths are available, including 6-, 10-, 15-, 20- and 25-foot. Some customers require longer lengths in order to keep the steel attachment rigging (shackle or becket) away from the cab. Or to aid in installing it onto the hook with longer booms.

The Safety Value of Tie Back Systems

Second Chance Line Restraint offers a safe and effective tie back system.  Their products serve two functions. First, to warn the operator and nearby personnel in the event that a crane operator accidentally pulls the lever of the tied back line. Or, if the operator booms down without slacking the tied back line. The secondary function of the device is to “restrain” or “catch” the line or block if the operator failed to recognize the first warning. This video shows a Second Chance Line Restraint in action:

It’s important to select the right tie back system when operating or transporting your mobile crane. Protect your workers by using a high-quality tie back system, like the Second Chance Line Restraints. Then make tie back system training a part of your overall safety plan.