For Casey Vanderwiele, a typical Sunday morning includes hopping in one of his Hitachi excavators with a hot cup of coffee. What may seem like work to others is therapy for Casey.

“You can deal with the public and customers, but we refer to our Hitachis as therapy because when you’re in the excavator, it’s just like therapy,” Casey said.

The entire family takes part in the day-to-day operations. That includes sons Corey and Casey along with Casey’s wife Tara and their daughters Dawson and Campbell. Four additional employees also help out.

Casey worked alongside his father as a “jack of all trades” until Cass started Triple C Redi-Mix in 1989. They also live near each other – Casey lives on one end of the property while Cass lives on the opposite end.

After that, it didn’t take very long for Casey’s two daughters – Dawson and Campbell – to show their aptitude for excavating. Dawson first hopped in a Hitachi compact excavator to help her mom move dirt to a garden. Now, Dawson is forging her own path as an instructor in a heavy equipment operator training program at Baker Technical Institute in Baker City. 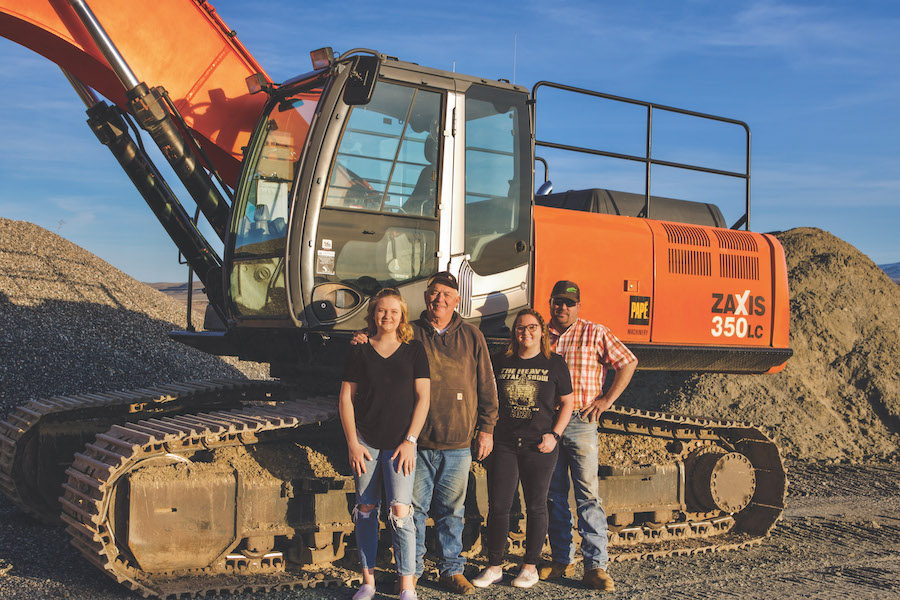 When Dawson walks into the heavy equipment training course classroom as the instructor, students often doubt her. After all, in addition to teaching groups of mostly male students, she’s only 20 years old.

Being doubted doesn’t faze her, though. For Dawson, who also takes online classes at Blue Mountain Community College, it just means she has to prove herself.

“It’s similar to when you’re in fourth grade and a substitute teacher comes in,” Dawson said. “They think I’m the substitute, so I prove myself by showing rather than telling them how to use controls such as a boom, stick and bucket to get a full scoop of material.”

In her work at Baker Technical Institute, Dawson also taught young, female inmates during a special two-week program. She said it’s her favorite class so far and hopes the skills the women learn during their time in her course will help them get jobs once they’re released from prison.

“The women’s results were great,” Dawson said. “I think that going into the class, they had a lot of self-doubt, but they figured it out. Next thing you know, they were helping each other pass different exercises. They had an attention to detail and patience, which is great for operating. I set goals and every single woman passed all 20 exercises.” 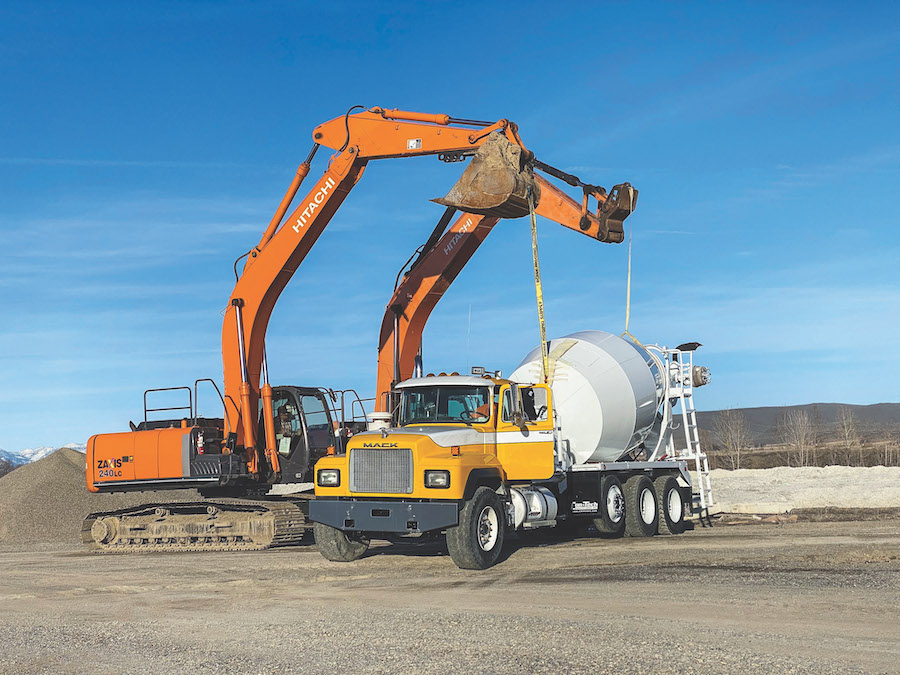 While Dawson’s schedule is filled with teaching operating courses, she still helps her dad and grandpa often. She’s also very familiar with their love for Hitachi machines.

“All my grandpa and dad care about is their Hitachis,” Dawson smiled. “They’re the smoothest operating machines they’ve had yet.”

With their Hitachi machines, Triple C’s efficiency has increased. Casey said the company handles the same amount of material in a half day as compared to a day-and-a-half without the Hitachis. They also plan to get bigger haul trucks now that they can load using four buckets compared to the seven they used to need.

“The 350 was the first Hitachi my dad got. The Hitachis outperform anything as far as excavators,” Casey said. “The response and power are outstanding. Those things will dance. The fuel savings will make the equipment payment. They’re great.”

The Hitachi fleet isn’t the only thing he thinks highly of. For Casey, working with family is a choice – not an obligation.

“I can honestly say since day one of working with my dad, we’ve never had any fights. He has taught me so many different things,” Casey said. “I feel like one of the richest people in the world.”