Mammoet is pleased to announce its agreement with Port of Coeymans Marine Terminal, owned and operated by Carver Companies, in Coeymans, New York. The collaboration allows Mammoet access to the port’s 400-acre marine terminal facility conveniently located along the Hudson River 100 miles North of New York City and 10 miles South of Albany, NY.

Over the years, Mammoet has developed a relationship with the Port of Coeymans while utilizing the port during the execution of local projects such as the roll-off operation of a fully assembled HRSG module, and the Willis Avenue Bridge project just to name a few. With the agreement, Mammoet can offer storage options, load in and load out options, local barge supply, assistance with offshore wind endeavors and local projects in the East USA area. Mammoet’s CC 2800, a 660 ton capacity crawler crane, is stationed on-site to provide heavy lift services inside the port facility, and auxiliary equipment for staging and storage is also available onsite. Stephen Kelly, Port of Coeymans’ President of Sales and Business Development says he is, “happy to have a reputable company such as Mammoet as a tenant, increasing the Port of Coeymans’ credibility to be a premier project facility.” 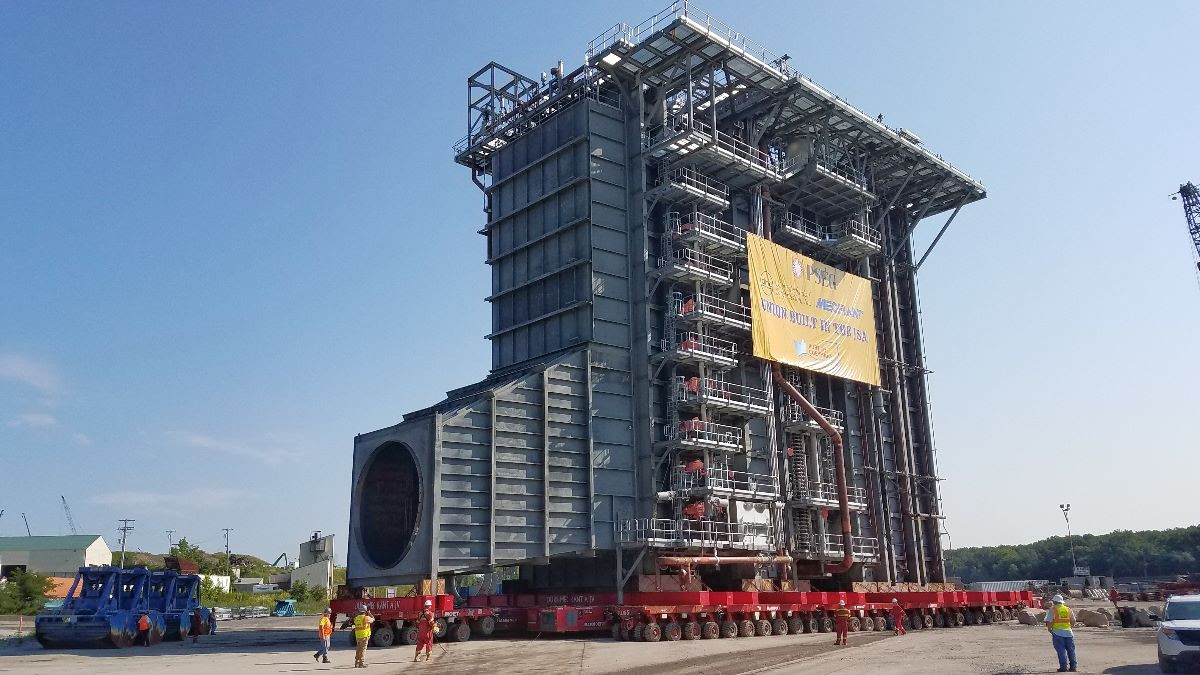 The State of New York is ramping up for upcoming offshore wind projects in the area and is investing in upgrades to the Port of Coeymans’ facilities and infrastructure. Such projects will require offshore wind components to be manufactured and transported.

Carver Companies also owns port facilities in Charleston, SC, Brayton Point, MA and Port Manatee, FL which provide similar collaborative possibilities. In addition, Mammoet has similar existing partnerships with the Port of Freeport in Texas and Theodore Industrial Port near Mobile, Alabama. With these varied port locations, Mammoet not only offers coverage along the Gulf Coast, but also along the East Coast, while providing the benefits to its valued clients.