Articulated hauler specialist Terex Trucks is bringing both the TA300 and TA400 to CONEXPO, North America’s largest construction trade show. As part of the Volvo family, the company will be sharing a booth in Las Vegas with other Volvo Group brands including Volvo Construction Equipment, Volvo Trucks and SDLG.

Terex Trucks will have both the TA300 and TA400 articulated haulers on the company’s F3432 booth.

With almost 70 years’ experience developing and building robust and reliable off-highway haulers that maximise productivity and return on investment for customers, Terex Trucks is ready to show visitors at CONEXPO that they are the dump truck experts. Visitors to the company’s F3432 booth will have the chance to take a closer look at both the TA300 and TA400 articulated haulers and discover the significant investments and improvements that have been made in the products, facilities, people and processes since Terex Trucks was acquired by Volvo Construction Equipment (Volvo CE) in 2015. From March 10th – March 14th, the team will be on hand to discuss everything from how Terex Trucks haulers deliver low total cost of ownership, to expansion plans, current and future product investments and why North America is a strong market for the company. 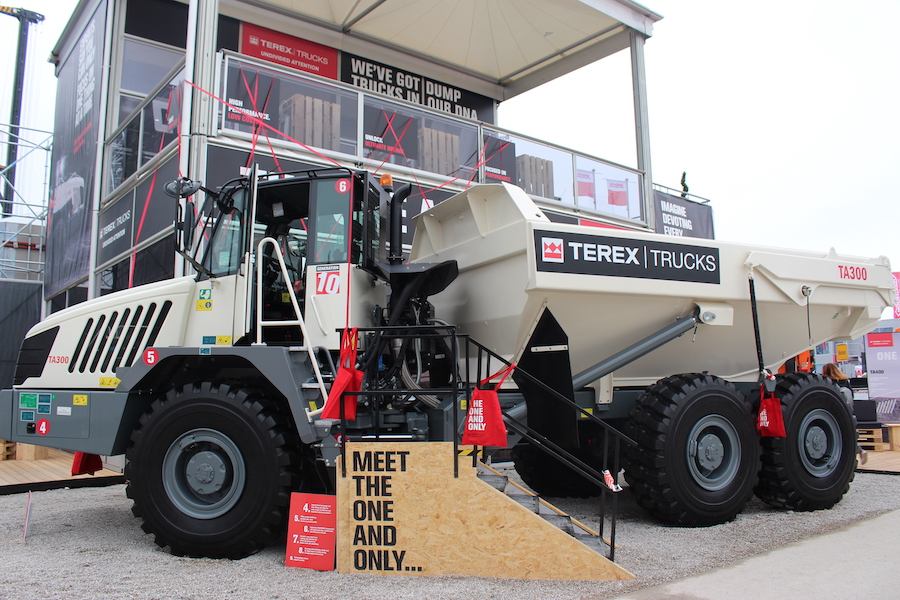 We’ve got dump trucks in our DNA

“North America has always been a strong market for us, so we’re looking forward to meeting current and future customers from the region, as well as further afield, at CONEXPO,” says Paul Douglas, Managing Director of Terex Trucks. “A significant proportion of the machines we make at our Motherwell facility in Scotland are distributed to customers across North America. As a company, we want to grow our business in North America, reaching new customers and working with our expanding strong dealer network in the region – which currently stands at 40 dealers – to deliver an even better service. We are the experts in articulated haulers and we’re the right company to invest in due to the reliability, durability and low total cost of ownership of our haulers. There has never been a better time to invest in a Terex Trucks hauler – make sure you stop by our booth to find out more!”

A closer look at the TA300 and TA400 is not all that the Terex Trucks booth is offering, there will be a giant Jenga and beat the buzzer game, with daily prizes for the fastest time on the buzzer! “CONEXPO is a showcase of virtually every machine in the industry – but for Terex Trucks, it’s all about the articulated hauler,” concludes Paul. “The articulated hauler is the only product Terex Trucks develops – so we’re able to focus all our attention on this machine.”

Terex Trucks’ beat the buzzer game will be on the company’s F3432 booth. 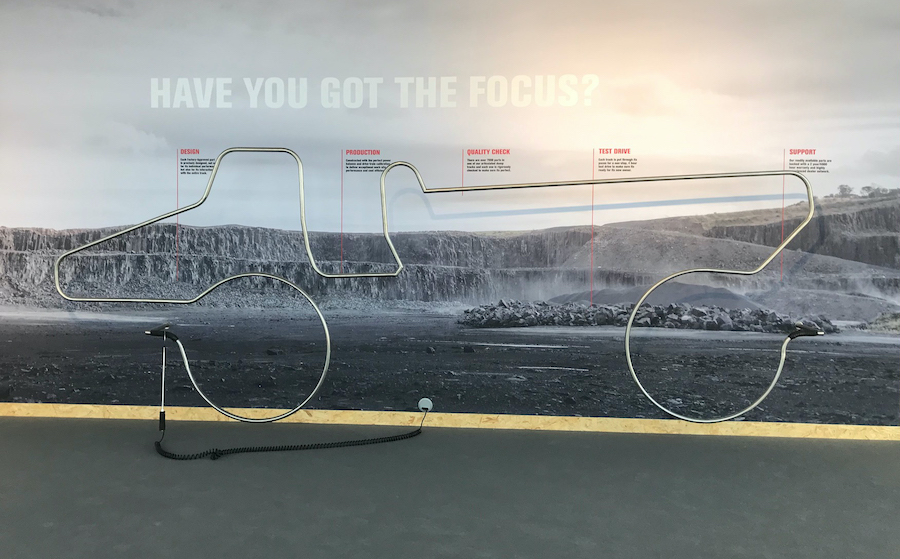 In North America, the TA300 and TA400 are sold with a three-year warranty, telematics and planned maintenance included as standard – and there are competitive finance packages available for lease and wholesale. One example of the recent improvements Terex Trucks has made is the product upgrade on the TA300. Since the beginning of last year, the TA300 has been manufactured with a new transmission, leading to improvements in fuel efficiency, performance, productivity and operator comfort, when compared to the previous model working in the same application. The 28-tonne (30-ton) workhorse delivers a 5% improvement in fuel efficiency, a 5 km/h (3.1 mph) increase in speed to 55 km/h (34 mph) and an increase in the length of time between oil maintenance intervals from 1,000 to 4,000 hours. In addition, the machine now comes with eight forward gears as well as four reverse gears, to help ensure smoother gear shifting and thereby higher levels of operator comfort. All of this means that customers can be more productive, achieving faster cycle times, lower cost per tonne and reduced carbon emissions.

The TA300 is also equipped with true independent front suspension as standard, further enhancing operator comfort and enabling excellent traction control and maximum productivity in the most challenging conditions.

The TA400, the largest articulated hauler on offer from Terex Trucks, has a maximum payload of 38 tonnes (41.9 tons) and a heaped capacity of 23.3 m³ (30.3 yd³). Powered by a high performance, fuel efficient engine that develops a gross power of 331 kW (444 hp), the TA400 is designed to meet the demands of the most extreme operations such as quarries, mines and large-scale construction projects. The planetary gear transmission provides smooth, efficient gear shifting for optimized fuel consumption and reduced cost of operation. Ground level test points and a fully tilting cab, combined with an electronically raised hood, ensure ease of service and maximum uptime.

The TA400 is the largest articulated hauler on offer from Terex Trucks with a maximum payload of 38 tonnes.