After more than 50 years, an old classic has returned to Liebherr: the Form 30A/35 tower crane. It was discovered and restored to its original condition by a Liebherr fan.

Biberach/Bad Waldsee (Germany) – The Liebherr Tower Crane Center in Bad Waldsee boasts a new attraction: a Form 30A/35 tower crane, built in 1969. The crane’s owner, Stephan Keim, loaned it to Liebherr at the beginning of January. The Liebherr fan had discovered the crane in 2008 and saved it from being scrapped. He worked for years to return it to its original functional state. 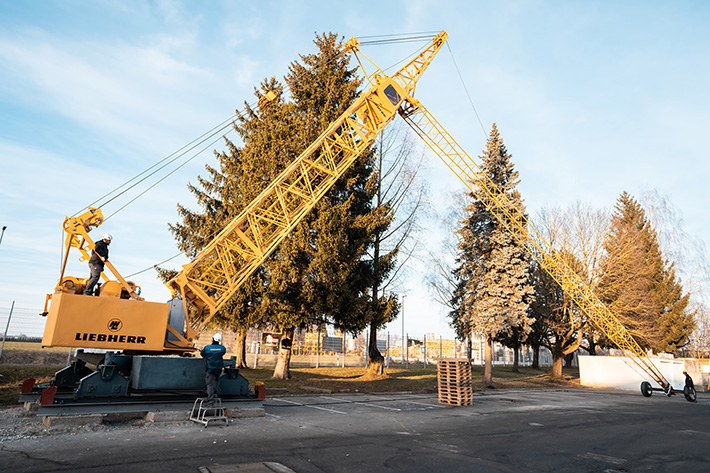 A 350-kilometre trip back home

Before the crane could be assembled at Liebherr, it was disassembled and transported from Aschaffenburg to Bad Waldsee on two lorries, a 350-kilometre journey. On site, Stephan Keim and a team of Liebherr mechanics reassembled the crane within two days. Visitors can now admire the crane as an industrial monument at the Tower Crane Center site. “We’re excited that this part of Liebherr history has returned to us. Over the years, many historical construction machines have been taken out of service and scrapped. It’s important to us to preserve our history and Stephan Keim has made an important contribution to that,” says Michael Goll, Head of Global Communication &amp; Organizational Development at Liebherr-Werk Biberach GmbH.

It took over four years to breathe new life into the Form 30A/35 – from its discovery to the finishing touches. The restoration alone took about a year to complete: “The crane was dilapidated when I acquired it,” says Stephan Keim. The account manager hadn’t restored a machine of that size until then. 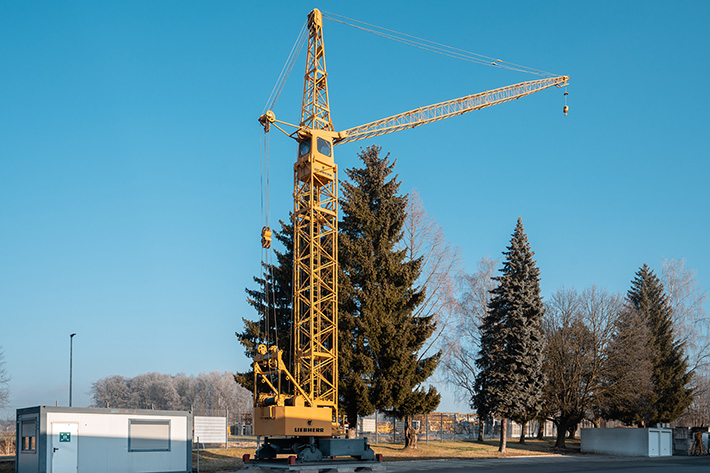 The crane, constructed in July 1969, was completely rusty and many of its components were badly damaged or broken. “Changing the screws of the ring gear alone took a whole day. They are very difficult to reach.” The bolts, too, were rusty and beyond use, however, they were of good substance. They were polished, galvanised and reused wherever it was possible. The whole crane was sandblasted and repainted. Stephan Keim changed every single screw. Furthermore, the rope pulley bearing and restored the control cabinet as well as the ropes and wiring.

A new start with original and spare parts

Overall, the tinkerer was able to buy and include numerous original and spare parts that Liebherr still has in stock. Liebherr also provided 120 litres of the original yellow varnish. “But the driver’s cabin posed a big challenge. It had rusted completely, and the metal sheets were full of holes. It was beyond repair,“ says Stephan Keim. Supported by his locksmith, he replicated the metal sheets, accurate to the 3/4 millimetre, so that they were indistinguishable from the original. Today, the crane has a UVV (accident prevention regulation) test badge and is once again fully operational. 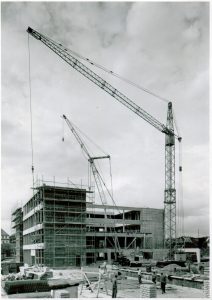 Indispensable from construction sites of the 70s

The Liebherr Form 30A/35 was produced from 1962 until the mid-seventies. It was one of the most widely built medium-sized cranes of its time. Liebherr constructed around 3,000 models. Erecting cranes with needle jibs were the common models at the time. Until, in the mid-seventies, a new, fully modified type of cranes entered the market. They were easier to transport and more cost-efficient than the models that were common at the time. Although it gradually vanished from construction sites, the Form 30A/35 marked the beginning of a new era in crane construction: it was the first of its kind constructed with tubular and hollow profiles instead of the previously used L-profiles. In a modernized form, this construction method is still being used in all Liebherr tower cranes today.