Epiroc is now adding two new models, for heavier carriers, to its popular CB Concrete Buster range. The CB 5500 and CB 7500 are designed for carriers in the 50 to 85 tons weight class. Due to their comparatively light weights CB Concrete Busters are effective choices for use with high reach or long front carriers. For applications with highly abrasive material and low level of visibility of the product in operation. They are also suitable where noise is an issue and they can be used in residential areas where hydraulic breakers are not permitted.

As construction and demolition contractors worldwide have discovered, CB Concrete Busters with their wide jaw openings and high cracking forces, are ideal for demolishing thick foundation walls and they make light work of cracking girders and heavy concrete at extreme heights. 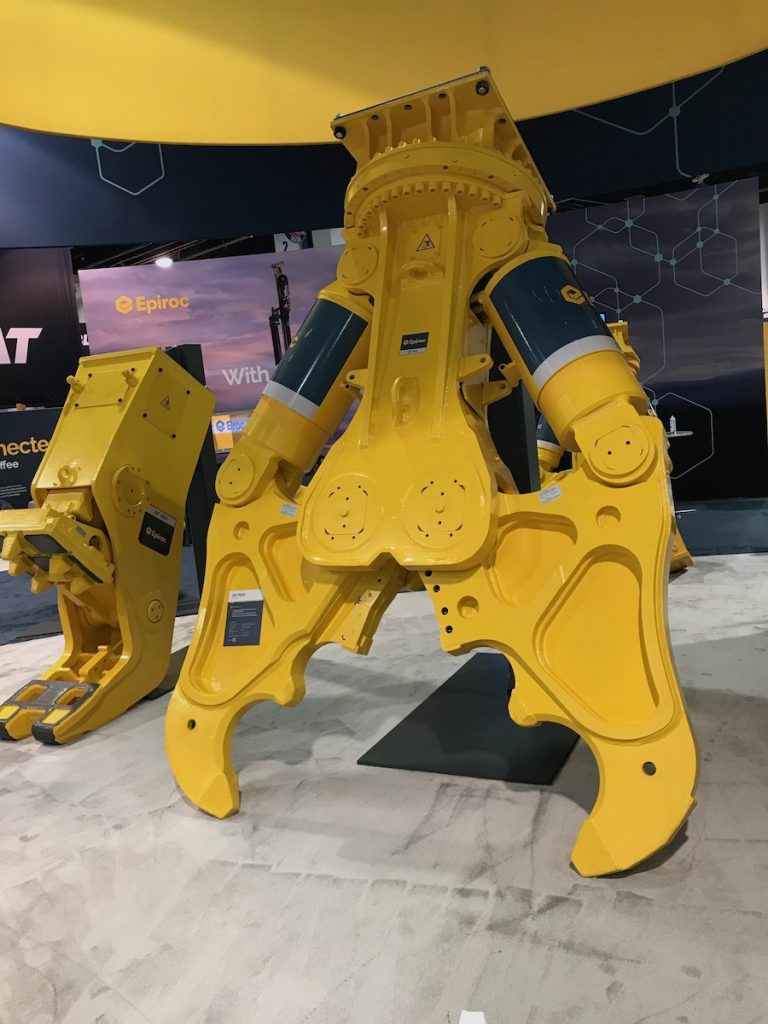 Designed with productivity in mind

Offering impressive cracking forces of up to 190 tons depending on the model, CB Concrete Busters are equipped with two independently moving jaws that eliminate displacement force, thus lowering stress levels. Cutting blades are both replaceable and reversible.

A productive feature on all CB Concrete Busters is 360° endless hydraulic rotation, which allows precise handling and optimal positioning. If the cutter grips the material at an oblique angle a built-in pressure relief valve allows a “self acting movement” that brings the cutter jaw into the ideal position. This valve effectively protects both the carrier and the cutter from potentially damaging reaction forces.