Arnstadt, Germany – The images that Friedrich Leifheit generates on his tablet using  many gigabytes of data almost seem like surreal works of art. In fact, it’s not actually art,  but rather a digital site model. You can distinguish the grounds of the former gas works in  Arnstadt, which now contain nothing but piles of debris and the ruins of buildings. All other  traces of an industrial history spanning more than 70 years have already disappeared, except for environmentally hazardous materials, such as tar, heavy metals, phenols or  hydrogen sulfide compounds, still lurking deep underground. The task of the Bauer Umwelt division of BAUER Resources GmbH, in collaboration with BAUER Spezialtiefbau GmbH, is soil remediation including the construction of an excavation pit and groundwater  treatment.

In January 2021, the work of digital surveying the 12,000 m² site using a drone and a rover  rod began. During its surveying flight, the drone took hundreds of high-resolution images in  which objects can be distinguished down to mere millimeters. The rover rod also enabled  precise centimeter-accurate surveying to rapidly determine the cubic volume of debris, the  excavation pit volumes and changes to the site. Using the images collected, 3D data were  generated after the digital collection phase and then transferred to a digital site model. The  result is true-to-scale, photorealistic representations of the entire site including all details.  “The more precise and detailed data we have about a site’s condition, the more precisely  the quantities can be calculated, and therefore also the expenditure required for a  construction project. These little digital helpers make it possible and also save us a lot of  time,” emphasizes Holger Kaiser, Manager for BIM and Digitalization at BAUER Resources GmbH. 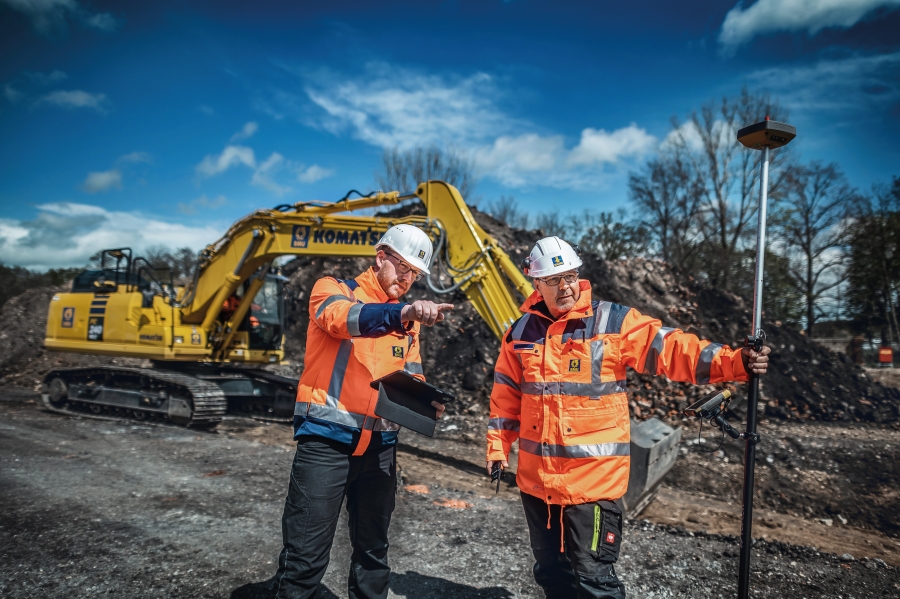 The surveying work was followed by gradual excavation of the three excavation pits up to  a depth of 3.5 m. In the process, a total of 9,100 m³ of material was removed and disposed  of, including approximately 16,000 tons of polluted soil and construction debris as well as  roughly 500 tons of soft tar. The encountered foundations were recorded in 3D on a tablet using surveying software, then forwarded to the BIM department at Bauer Resources to calculate volumes. After construction of the largest of the three excavation pits  (approximately 4,200 m³ removed), replacement boring was carried out with a diameter of 1,800 mm up to depths of 7 m below the ground surface to remove the tar hotspot. For  processing, the excavated soil was transported to the soil treatment center of the Bauer Umwelt division in Bleicherode 150 km away. The polluted dripping water from the drilling  process was treated using the established groundwater treatment system. Work will be  concluded with construction of the last excavation pit followed by earthworks. 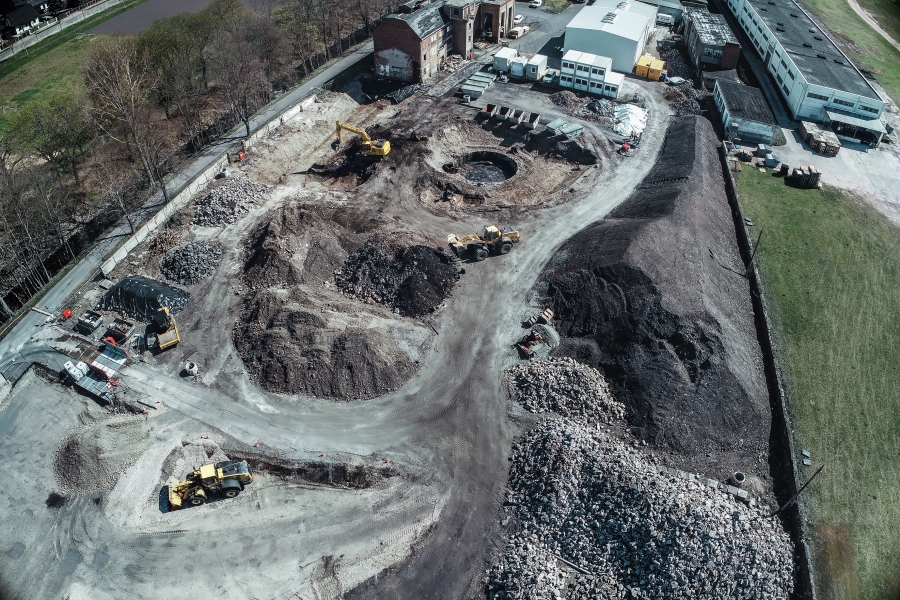 To sum it up, this is for the most part a classical rehabilitation project but is still  characterized by an ambitious use of digital tools. Along with drones, rover rods and  tablets, the Bauer team also relied on digital tools for site documentation. Rather than  using pen, paper and cameras, the team led by Friedrich Leifheit, Site Manager at the  Bauer Umwelt division, recorded all relevant data, including tasks completed, personnel  and equipment employed, site images and quality-related information, using a digital  construction diary – a convenient web application – on the tablet. The decisive advantage:  With this approach, all construction diaries for a site are automatically collected and  compiled. The laborious and time-consuming task of preparing a report at the office is eliminated. “In this way, we can identify construction progress at a glance, review the work  that has been performed and adopt countermeasures or adjust the schedule in case of  deviations,” explains Friedrich Leifheit, adding: “In addition, the information is available for all parties involved, around the clock and from any location. This greatly facilitates and  improves communication on the site.” The work executed by Bauer is expected to be  completed by September 2021.

Following timber harvesting guidelines is essential to minimize superfluous, often unnecessary, activities on the site. Failing to follow the guidelines could have an impact on the mixing of surface soils, erosion, compaction, rutting, and more. […]

A new wash facility has been implemented at Mammoet’s Rosharon, Texas headquarters to effectively clean heavy equipment while reducing the impact on the environment. Mammoet believes that sustainability performance is a fundamental element of operating […]

May 24, 2020 Equipment & Contracting Earthmoving & Excavation Comments Off on Operating Excavators on Slopes

View the complete article here. Working on slopes is challenging for even the most experienced excavator operators. Although your boss loves and appreciates you, they are also concerned for the safety of the equipment. Even […]